This story, in District Administration magazine, says a recent report out of Northwestern University, "Trust Online: Young Adults' Evaluation of Web Content," finds college students take for granted online information, pointing to the need for public schools to teach these skills.
Posted by Frank Baker at 11:36 AM No comments:

Some parents struggle to find educational value in high-tech media

Some parents, according to this story in the Detroit Free Press via the Chicago Tribune, refuse to see technology as anything but a distraction from academics.
Posted by Frank Baker at 9:34 AM No comments: 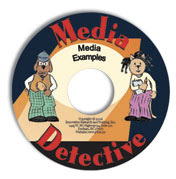 A study published in the current journal Pediatrics shows that teaching children as early as third grade to be more skeptical of media messages can help prevent substance use. The study, based on the research of Erica Weintraub Austin, director of the Murrow Center for Media and Health Promotion at Washington State University, reveals that a brief, two-week course boosted the critical thinking skills of third through fifth graders and reduced their intentions to use alcohol and tobacco while increasing their belief that they will be able to resist them.
Posted by Frank Baker at 4:02 PM No comments:

Searching for the Truth On the Internet

Why is it so much easier for a hoax to defeat our defenses online? “People are so used to getting their news and everything from the Internet, and the audience doesn't screen things,” said Leslie Savan, the author of "The Sponsored Life: Ads, TV, and American Culture.” “They don't have the same standard they would for old media. We've lost some of that ability and skepticism.” Read more here.
Posted by Frank Baker at 3:08 PM No comments:

DVR Alert: "March of Time" Newsreels To Air on TCM 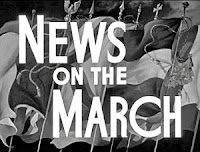 This year to celebrate the 75th anniversary of ‘The March of Time’ series, the HBO Archives, the National Gallery of Art, The Museum of Modern Art and Turner Classic Movies (TCM) are collaborating on showings of the films. MoMA is grouping the newsreels by theme and showing them the first 10 days of September (pdf schedule) followed by panel discussions with experts on the archives.

If that doesn’t happen to be convenient, Sunday, September 5, Turner Classic Movies will air some of the most famous titles between 8:00 PM and midnight . Some of the newsreels aired will be: “Dust Bowl,” “Inside Nazi Germany” (showed in 1937, it was the first anti-Nazi program shown in the isolationist U.S.), “Youth in Crisis,” “Palestine Problem,” and “Problem Drinkers”. This is the first time TCM has ever shown these movies so fire up your DVRs.

Also, here is a link to HBO's March of Times website
Posted by Frank Baker at 10:30 PM No comments:

But how can you tell if a blog is worth reading? What sort of things should you look for? Here are the TL advisor's (highly opinionated) suggestions.
Posted by Frank Baker at 2:49 PM No comments:

The NCTE Commission on Media is proud to announce its fourth annual Media Literacy Award winner, Elizabeth Boeser, Communication and English teacher at Jefferson High School in Bloomington, Minnesota. More details here.
Posted by Frank Baker at 10:56 AM No comments:

The Smartphone Enters The Classroom Albeit Slowly

At least two school districts in Texas have eased their policies to allow students to use cell phones and other electronic devices in the classroom provided they are being used for educational reasons.
Posted by Frank Baker at 1:33 PM No comments:

How Online Research Can Make The Grade

"....just as the academic community has started to accept the inevitability of sites like Wikipedia, the Web is also about to foist what may be the biggest complexity it has encountered since the advent of the free-for-all encyclopedia. As the school year starts, the recent proliferation of question-and-answer sites--like the brainy Quora and the soon-to-be-everywhere Facebook Questions--may prove to be students' next last-ditch time-saver and teachers' next digital bogeyman." Read more on C/Net.
Posted by Frank Baker at 10:32 AM No comments:

Can students learn as well on iPads, e-books?

A college professor aims to find out: read more from USA Today.
Posted by Frank Baker at 5:52 PM No comments:

Using DVD Extras To Teach The Language of Film

For some time now I have been acquiring DVDs whose extras would help students better understand and appreciate the language of film. I am not referring to the extra which is a short of the "behind-the-scenes" or "the making of." I am however referring to extras that focus on directing, lighting, sound, special effects, set design, storyboards, cinematography and more. So, I've created a list (not comprehensive) and posted it on my website. It is my hope that it will help you and your students.
Posted by Frank Baker at 2:24 PM No comments:

eSchool news reports: A new ruling from the U.S. Copyright Office will affect how higher education students and teachers can use digital material in the classroom, thanks to the proactive efforts of Temple University's Renee Hobbs, who says that increasing digital literacy and student skills is a responsibility educators can’t afford to brush off.
Posted by Frank Baker at 4:22 PM No comments:

How New Technology is Rewiring Our Brains

Touchscreens. TiVo. The Undo button. These new technologies and others have changed the way we interact with the world. PC World explains.
Posted by Frank Baker at 2:51 PM No comments:

An excellent commentary on the history of film use and a look at why film/video are still appropriate in a 21st century environment.
Posted by Frank Baker at 1:06 PM No comments:

Media Literacy in the United States

The authors acknowledge the difficulty of capturing an adequate picture of the past, present and future state of media literacy education in the United States, a country of 300 million people, with more than 4,000 colleges and universities and over 75 million children in a highly decentralized system of elementary and secondary schools. The information is provided as an overview, but is not meant to stand as a comprehensive review of media literacy in the US.
Posted by Frank Baker at 12:19 AM No comments:

ReadWriteWeb reports: A new study coming out of Northwestern University, discovered that college students have a decided lack of Web savvy, especially when it comes to search engines and the ability to determine the credibility of search results. Apparently, the students favor search engine rankings above all other factors. The only thing that matters is that something is the top search result, not that it's legit.
Posted by Frank Baker at 5:42 PM No comments: